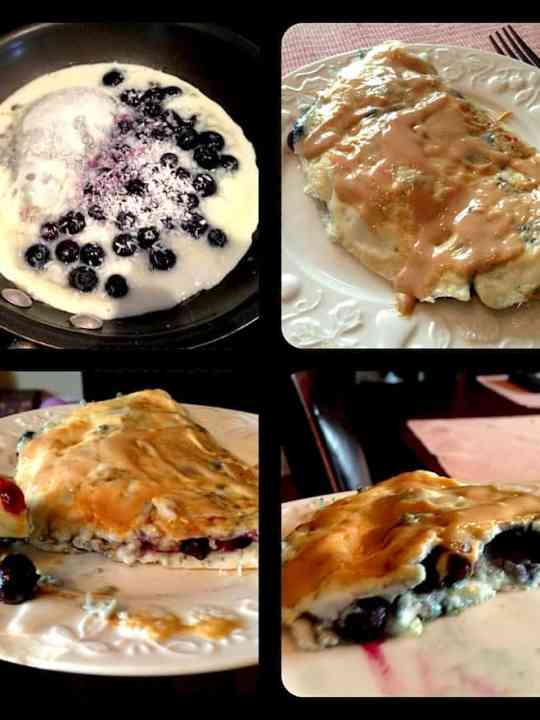 Yes..you read that right! It's an omelette…but it's sweet! Who says you can't have dessert for breakfast? I love all things sweet so I try and make even my savoury dishes a little sweeter. This omelette is packed with fresh blueberries & coconut,  lightly sweetened and cooked in delicious coconut oil, topped with white chocolate peanut butter…uh hello, what doesn't taste good slathered in peanut butter? Try it out!

Directions: In a small frying pan, heat coconut oil over medium heat, meanwhile, in a small bowl, stir together your egg whites, salt, vanilla & sweetener/cinnamon. Once the pan is hot, pour in the mixture. Once it starts to become partially cooked, add your blueberries & coconut to one half and cook for another minute or so before flipping. After cooking for another minute, flip the omelette one last time onto it's other side until lightly browned. During the last few minutes of cooking be sure to add your PB to the top of the omelette so it's nice and melty!  Serve warm and enjoy! 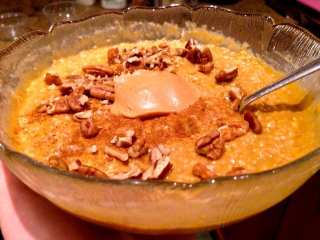 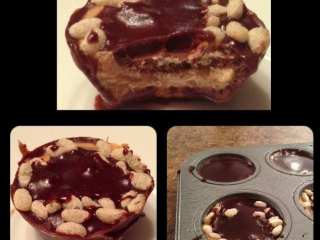