Stop Binge Eating..Forever. (How I did it)

Posted on Published: October 16, 2017 Categories Guides and How to's

If only I could count the number of times I researched this question..the endless amount of videos I watched, people I followed, books I read, techniques I tried..

But still to no avail.

I’m sure some of you are in the same boat. (I’m assuming that’s why you’re here).

Hopefully, this will not be “just another article” that you pass by.

This is probably a take on binge eating that you haven’t yet come across (at least, not quite as commonly).

Binge eating is something you do, not a disease you have. You don’t need a magical cure, you just need to change what you’re doing.

Binge eating is something I have struggled with since my post-competition days.

This was after competing in a figure (bodybuilding) competition and following my diet plan to a T (LITERALLY, I wouldn’t even take a bite of a food that was not on my plan, I measured everything to the gram and suffered watching others devour pizza while I ate my sad, dry piece of chicken breast and spinach with 5 calorie dressing).

I never binged on foods before my competition or during the prep. I got lean and felt great!

But post-show when I tried a second contest preparation (cutting calories, eating “clean” again), I just couldn’t do it. My cravings were INSANE. I wanted anything and everything. All I could think about was food, when my next meal was, how many calories I could eat, “if I eat 2 of my meals now maybe I could just fast for the rest of the day..”, maybe if I chew enough gum I can delay the hunger a bit…etc.

Eventually I couldn’t take it anymore and the binging began.

And all at once, until I felt like I was on the verge of exploding..and then I’d eat some more.

All while wondering what had happened to my perfect disciplined self who used to be able to diet so well.

How did I get to this point? Where is my self-control??

This went on for months and then years. I slowly gained back about 20 pounds (most of it healthy weight but probably a little more than necessary).

I would go through phases of different diets such as vegan, paleo, keto, intermittent fasting..etc.

With each new-found diet and a short-lived burst of motivation, I would think “YES, I FINALLY FOUND THE CURE”

But alas, each time I would find myself slowly falling back into old habits and binging once again.

One day, as I was scouring the internet for my next diet-cure, I came across the book “Intuitive Eating” by Evelyn Tribole.

(Intuitive eating is basically where you mindfully, eat whatever you want when your body craves it and stop when full).

I found the concept interesting and set-out on on my own intuitive eating journey after purchasing additional books on “mindful eating”.

But again, after 2 weeks, I was still binging.

Now I was really concerned.

“I am allowing myself to eat whatever I want! Why, still, can I not stop binge eating???”

I was utterly confused and ready to throw in the towel for the last time, officially classifying myself as a “binge eater” for life.

That is, until I came across the website “The Fuckitdiet“, created by Caroline Dooner. (Definitely check this site out if you haven’t already!)

After reading several of her posts and listening to her podcasts, I suddenly had the most insane epiphany, moment of clarity, break through, fantastic realization EVER.

The reason “Intuitive eating” was not working for me is that I WAS MAKING IT ANOTHER DIET.

While the intuitive eating book was very insightful (and I still recommend reading it for a great intro to intuitive eating!), there are some flaws or at least red flags if you are someone who comes from a very rigid dieting past.

For one, they use a hunger scale to measure your hunger.

For me this meant “I REALLY want this donut my coworker is offering me but I know I just ate not long ago..and I’m only like a 6 on the hunger scale right now, it says you should eat around 3 or 4..so maybe I should skip the donut and eat something later on.”

Second, you are told to eat mindfully. Eat slow, small bites, chew each bite thoroughly, eat with no distractions like the T.V or

computer, stop half-way, wait 5 minutes then ask yourself if you really want more, leave food on your plate, etc.

All of these suggestions had me and my “diet brain” going crazy.

I would eat without watching my favourite show, try to leave food on my plate and only eat until “satisfied” then I’d be hungry again an hour later, I’d try to chew my food a ton and gross myself out with the texture rather than actually enjoying it. I would not eat unless I felt it acceptable on the hunger scale, I’d feel disappointed if I finished all the food on my plate..ETC. It wasn’t fun and I spent just as much time thinking about food as I did on any other diet.

SO. With the guidance of Caroline’s site (fuckitdiet.com), I decided to do just that.

I ate the donut if I REALLY wanted the donut EVEN if I wasn’t extremely hungry.

I ate fast, slow, medium-paced, whatever.

I chewed as much as felt normal.

I ate ALL of my food if I wanted it and didn’t feel guilty.

I started eating less and slower because I’d get distracted by my really good T.V show.

I wouldn’t be craving loads of sweets late at night because I already ate the donut I wanted earlier that day.

I enjoyed my meals SO much more.

I started leaving food on my plate because it felt natural.

and finally, after all these years of thinking I was diseased and destined to forever eat my entire pantry each night,

The cure to binge eating,

This means, erasing physical restrictions and rules just as much as the mental ones.

If you allow yourself to eat the donut but still feel guilty doing it, then you are still restricting.

If you say you can eat whatever you want but still try to eat low-fat or low-carb then you are still restricting.

You need to give yourself permission to eat as much as you need AND want without guilt.

Weight-gain or loss should be on the back-burner during this time (trust me, I KNOW how hard this is to do but you will thank yourself later). You need to give your mind and body time to heal.

IT IS SO WORTH IT,

This will take time, it will feel weird and uncomfortable at first but slowly it will become natural, food will no-longer be the center of your whole universe.

If you do happen to binge or eat more than you think you should during this process, keep going.

If you binge for 5 days straight on all the foods you used to restrict, keep going.

If you only want to eat egg salad for a week straight and wonder what’s wrong with you, KEEP GOING (true story, still can’t explain it but I don’t question what my body wants! Haha).

Binge eating is a habit you’ve formed and it will take a bit to break it but the more you allow yourself total freedom with food, and stop putting it up on a pedestal, the faster you will find yourself free from its grasp.

So go ahead, start today.

Go eat something you REALLY WANT.

and thoroughly, completely, whole-heartedly enjoy it.

Then do it again,

each day until eating is just another part of your day.

You eat, enjoy it, feel satisfied.

Then you move on to the more important things in your day.

That is how life is supposed to be lived.

That is how you STOP binge eating. 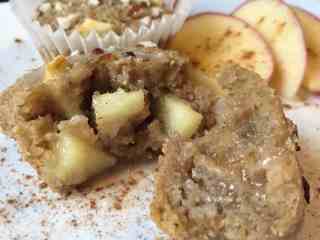 But, you’re following a Keto diet ? Isn’t that restrictive?