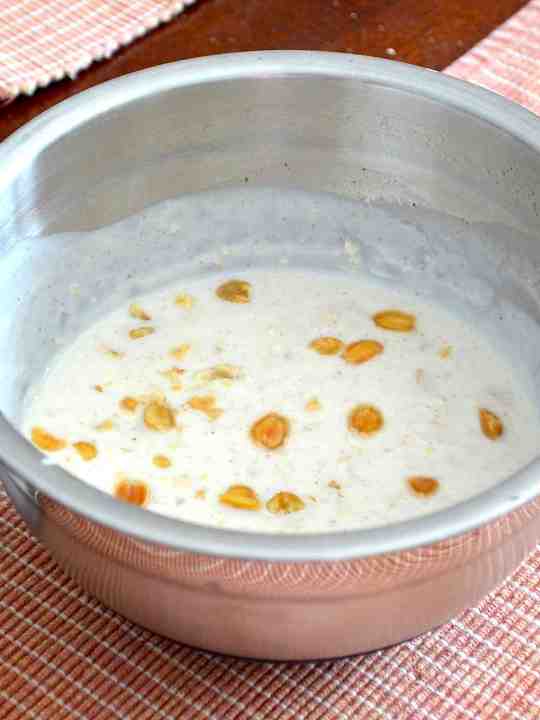 So like I said I would, I tested out my awesome new Cinnabun Trutein Protein Powder. It worked really well in my overnight proats . I found it's very similar to the vanilla trutein though, not that that's a bad thing!

Later that same day I didn't have much of an actual lunch since I ended up going to a gym for the first time in my life! I found that I actually still prefer working out at home. I think I just feel like everyone is staring at me at the gym haha. But I do have to admit they have some pretty awesome high-tech treadmills that make mine at home look like a dinosaur.
After my workout I had a protein bar & later had a hard boiled egg with lots of hummus and veggies. I also made…BANANA BREAD! I have been dying to make this ever since I saw we had 3 super ripe bananas. Perfect! This banana bread is so healthy and delicious! I substituted mini choco. chips for the walnuts in the original recipe and left out the water and just added 1/2 tsp baking soda + a little less than 1 tsp baking powder. I also used 1 1/2 tsp cinnamon and a pinch of nutmeg. I can't believe this stuff is healthy! But nope no artificial sweetener or sugars added, only honey :).

mmmm… you know you want a piece… 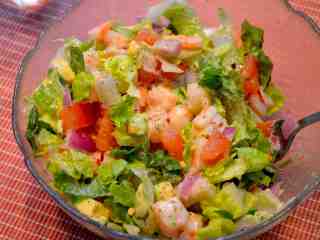 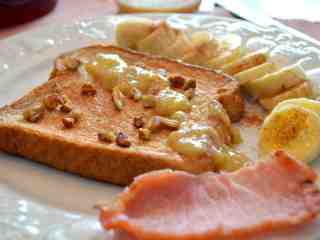 [...] so good! I was full so I didn’t finish all of it but still made room for a little piece of my healthy banana bread for dessert [...]