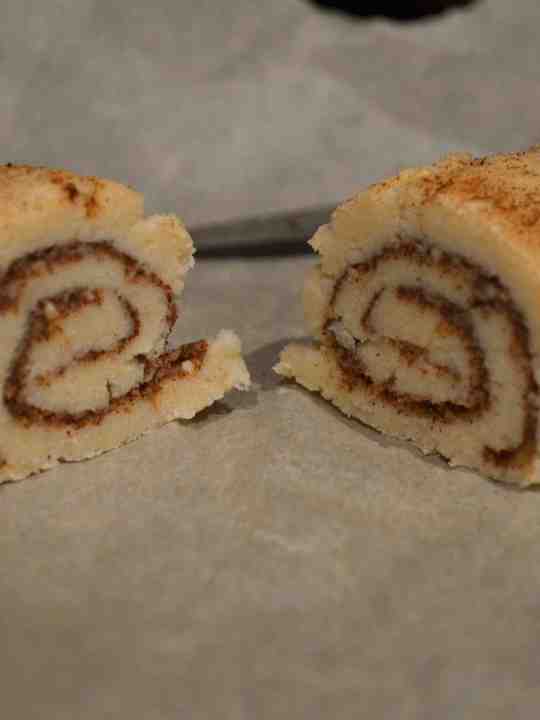 I am always looking for ways to eat more protein and usually that means more meat..but sometimes I just don't feel like chicken or ham as a snack..So instead I made high-protein cinnamon rolls! These are low-carb as well and gluten-free. Alongside sugar-free icing these are decadent…

1/2 cup coconut flour
1 scoop plain or vanilla flavored protein powder
2 egg whites (or 1/4 cup)
1 teaspoon xanthan gum
1/2 teaspoon baking powder
5 tablespoons water (I used regular coconut milk and almond milk but I had to had quite a bit more since the protein powder I used is so drying! Just add enough liquid until a dough you can roll forms)
Dash of salt
Sprinkle of stevia/drop of stevia (Optional)
Filling:

2 packets stevia (Or one teaspoon honey or agave) (I used splenda)
2 tablespoons ground cinnamon (I found this a bit overwhelming so I used a little less)
2 tablespoons ground almonds (ground hazelnut works, too)
2 tablespoons water
1 tbsp vegan butter or 1-2 tbsp apple sauce (optional but adds flavour!)
raisins (optional)
*I used trutein vanilla protein powder for this recipe, I am very excited to say I won their cooking contest a few days back and am now receiving a free jar of cinnabon protein! I think this recipe would be awesome with it :)*

Directions: Preheat oven to 380*F and line a baking sheet with parchment paper. Add all dough ingredients to a bowl and stir(may have to use hands) until well mixed and a dough ball can form. Roll out the dough to the thickness you like. Melt butter(if using) and use a cooking brush to spread over the dough. Stir together all filling ingredients and spread across the centre. Now roll your dough up and cut into 3 equal rolls.

Place in the oven and bake for 20-25mins or until tops begin to turn golden brown.

Stir together all ingredients and top each warm roll icing and an extra sprinkle of cinnamon. Serve hot, Yum!

“Booster Rolls, The Only Rolls you'll want in the gym”.  lol.. 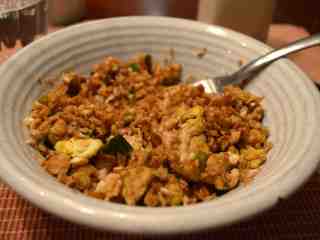 Whats the point in linking to a website that is invited people only!

Thank you for linking back to my recipe. I need to try your frosting, sounds delicious!

No problem. Thanks so much for the awesome recipe! :) & Aw thank you!