Hey guys! Today I thought I'd do something a little different and do a review! I would like to do more review posts so I was thinking, what better way to start off then with these AMAZING quest bars that I already love! Each bar contains roughly 20-21g of protein and is 200 cals or under so I will be doing a very basic reviewing each of these flavours individually just based on flavour/texture as well as other flavours not shown in the pictures. Plus I will do a quick review of Quest Cravings PB Cups, okay here it goes…

Peanut Butter & Jelly: This one had a bit of a dry texture out of the package and wasn't as soft as some of the others, it was more peanut butter flavour then jelly. After heating it in the microwave for a few seconds it was definitely better and easier to eat! Overall I give it a 7/10.

Chocolate Peanut Butter: MMMM.. When I opened this, the smell of chocolate peanut butter just wafted up! It made me want to bite into it right away! The soft texture of this bar was also a nice change from the peanut butter and jelly. It was less crumbly and more smooth, with little peanut pieces throughout. It was almost like a softer version of a tootsie roll! When heated up this bar was even better! Warm and goey..yum! I give this 9.5/10

Coconut Cashew: When I opened this it definitely smelt like coconut! & When I bit in it was also a softer texture, maybe a bit less soft then the Chocolate Peanut Butter but still great! It had little bits of coconut throughout it and pieces of cashew. I think this bar is more coconut flavour then cashew but really I didn't mind! (I love coconut). I never tried this one heated up but I am sure it's even better. Overall I give this bar 8.5/10

Chocolate Chip Cookie Dough: This is one of quest's newest releases and for sure one of their best…I received these as a prize for winning their photo contest!(Thanks Quest!) Sadly they don't sell this flavour where I live. Onto the review.. The smell when I first opened the bar was pretty good! Maybe not as good as Chocolate PB but that's just because I am a peanut butter fanatic. The texture is soft again which seems to be a trend with all of the most recent bars-with chocolate pieces scattered throughout. Anyways after tasting it on it's own, to be completely honest I thought it was really good but not as good as I would have expected after all the hype about it. But then…I put in in the microwave for 17 seconds and it was a whole other story. It melted beautifully with chocolate everywhere! The texture was very resemblent to real cookie dough and the taste was amazing! If you get these, definitely heat them up in the microwave! Or do as I did in the last picture, bake them for 5 min. in a 375* oven until slightly golden! Overall I give this bar a 9.5/10.

Chocolate Brownie: This is actually the first quest bar I ever tried so we go wayyy back, haha. This bar is denser then some of the other newer ones and a little more chewy but still quite good. It's more of a dark chocolate flavour with a very slight salty aftertaste. I actually liked how this bar isn't too sweet but those of you who are hoping for the usual brownie taste may be slightly disappointed. But with that said, many people love the Chocolate Brownie bar and I do have to agree that it has a very brownie-like texture when heated up! 🙂 I would give this bar an 8/10.

Mixed Berry Bliss: I actually bought this bar only because I could choose one more to fill my box. I really didn't have very high expectations since normally I am a chocolate person and I had heard a lot of mixed reviews about it. But this bar truly surprised me! It was thicker then some of the other quest bars which was a big plus for me! It also had a softer texture then some of the bars but not quite as soft as the newer ones. It has little berry pieces throughout the bar as well as…almonds! This is what really made the bar for me. The crunch of the almonds was awesome! I also love the fact that this bar is good eaten just as is or heated up. Overall I give this bar a 8.5/10 (Note that I am a harsh critic, haha most people might give this at least a 9!).

Banana Nut Muffin: This bar is slightly thinner then the other bars(compare with mixed berry). Although it's thinner it is still just as filling and very tasty! For once I actually preferred this bar eaten as is rather then heated up. This is probably because I found this bar to be extra sticky when hot! I almost couldn't get it off the plate, haha. But with that said, it was a delicious bar with walnut pieces throughout and a REAL banana flavour, not that fake laffy taffy flavour we all know. It really did taste like a banana nut muffin to me. Overall I give this bar 9/10.

Now for the bars I didn't review above, I have also tried apple pie, strawberry cheesecake and cinnamon roll. I found all three off these bars to be more dense and chewier then the ones listed above and they were not my top picks but some people love them so it's all personal preference! I still think they taste good but quest has so many other options that I would choose others first! 🙂

Quest Cravings PB Cups: I kept these in the fridge and placed them in the freezer for about 5 min. before eating because I'd heard that they tasted better this way..Well I guess it worked. These were delicious! They really do taste like PB Cups. They may not be as creamy in the middle(the middle was slightly more dry) but they have the taste down perfectly and the chocolate coating is sweet and melty..These were also super filling! I could barely finish two of them. If you like PB Cups you should for sure try these out!

If you are interested in any of their bars you can find out more on the facebook page:
https://www.facebook.com/QuestNutrition?fref=ts
Or order from their site:
http://www.questproteinbar.com/

P.S I hear they have a new white chocolate raspberry flavour coming out which I am sure will be amazing!

**I was not paid/asked to do this review, my opinions are all my own!** 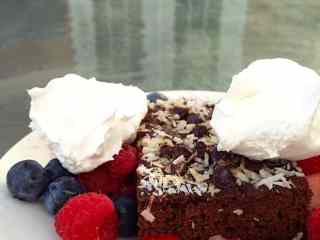 OH Hey! Didn’t see you there! Just kidding I can’t see you at all..Terrible Joke. Read more about me and my terrible jokes on my “About” page!