Today I had some amazing oats, recipe idea curtsey of Nutritionist in the Kitch. I changed it up a bit by using almond butter and blueberries for topping but kept the base the same. This recipe is simple and delicious and you can easily customize it to your own tastes! It is also high protein and very filling! Perfect for an active day ahead!  The oats are so creamy and delicious, you would never know their are egg whites in there!

-2-3 drops stevia sweetener (or another sweetener to taste)

Directions: In a small pot bring first four ingredients to a boil. Once boiling, stir in 1/3 cup of oats, cover and reduce to a simmer. Simmer for 5-7 minutes and stir occasionally until oats have soaked up a little more than half the water. Next pour in your egg whites and whisk quickly, cooking for 3-4 minutes until oats begin to thicken and mixture becomes creamy. Take off the heat, stir in sweetener/vanilla and top with your almond butter and blueberries, add a drizzle of almond milk and a sprinkle of cinnamon. Enjoy!

Today I also went out for sushi with friends! I took pictures of some of the things we ate..it was a fun experience, haha.

A slice of crab sushi pizza with spicy sauce..yum! 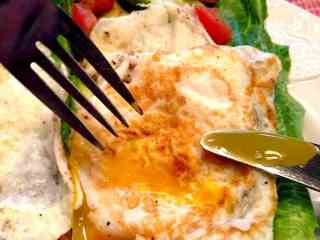 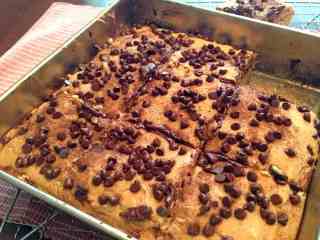