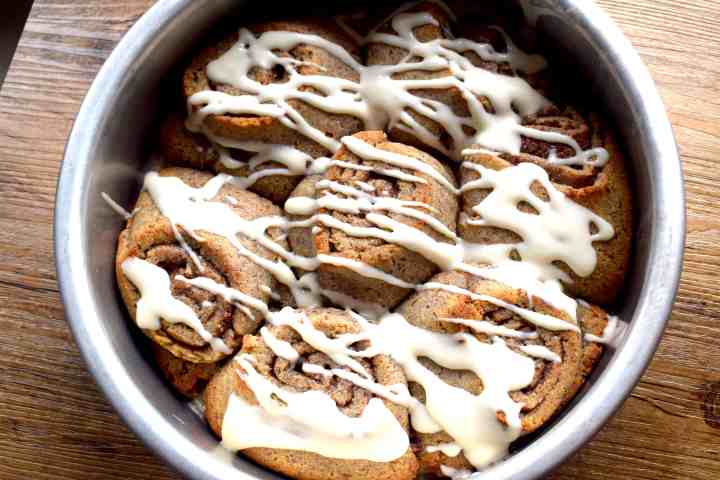 I feel like I never learn my lesson with Keto Cinnamon Rolls.

But, with that said, I think the experimentation can be good. Every time I re-make them slightly different, I feel as if we progress to another cinnamon roll level.

The only issue is I can rarely get a good photo of cinnamon rolls.

I'm not sure if this is just my lack of photography skills in this area but does anyone else find cinnamon rolls to always look like a big gooey blob in every photo? LOL.

I can tell you that I took 124 photos just to get the few semi-decent keto cinnamon roll photos you see here.

Anyways, all this should really be beside the point.

You came here to see make some soft and gooey ket cinnamon rolls and I'm going to tell you how to do that…using yeast. Yup we are upping our game from baked cinnamon rolls.

These ones puff up a lot in the oven so don't be deceived by the small pieces you cut them into. They bake nice and golden brown on the outside but remain soft and ooey-gooey on the inside. Exactly what you want when baking a proper cinnamon roll. END_OF_DOCUMENT_TOKEN_TO_BE_REPLACED 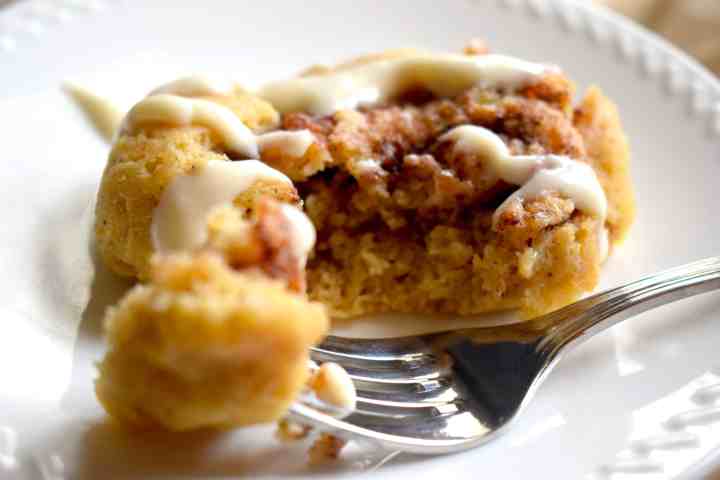 OK. Let's get this straight. YES I have posted Keto Cinnamon Rolls in the past… have they been the BEST? No.

Have they been decent enough to share? Well, yes.

But have they truly filled the void when I've been craving gooey, soft cinnamon rolls with delicious cream cheese frosting..?

That's why I am here with fantastic news. I'VE FINALLY FIGURED OUT KETO CINNAMON ROLLS.

As I know your time is valuable, so I've done all the frustrating trial and error for you.

I just could NOT get cinnamon rolls right and it was driving me INSANE.

So when I had a sudden cinnamon roll epiphany at 2:00am while watching pointless youtube videos, I knew I had to get to work straight away. (No joke, I stayed up writing my recipe over and over and didn't sleep, lol).

My epiphany was the fact that cinnamon rolls are meant to be LIGHT and FLUFFY and GOOEY.

Not crumbly, dry and tough.

OH Hey! Didn’t see you there! Just kidding I can’t see you at all..Terrible Joke. Read more about me and my terrible jokes on my “About” page!